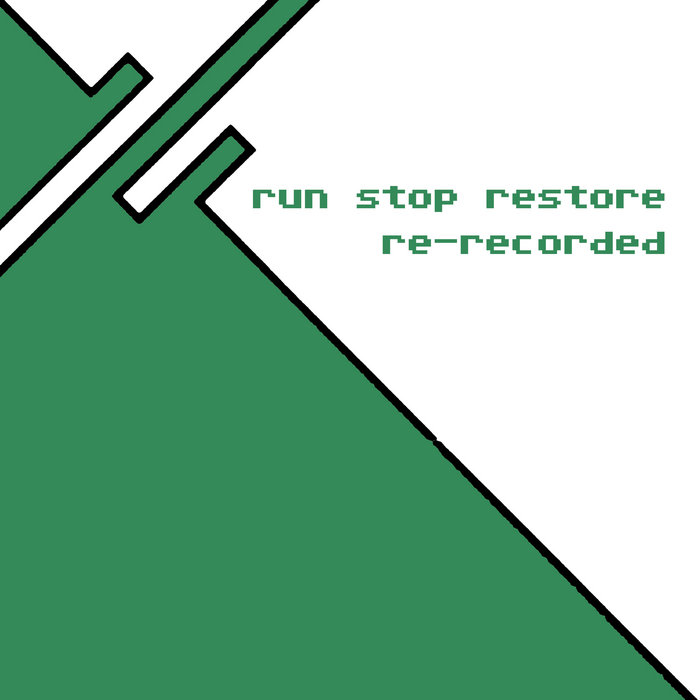 Painstakingly re-recorded and remixed. Originally released in 2004 as minus20. Wow what a difference :)

At a time when national borders are under scrutiny and politics make the loudest noise, Run Stop Restore is in an advantageous position. The duo actually holds dual citizenship. The studio-strong Marc Houle resides in Windsor, Ontario, Canada while Troy Pierce--the DJ of the group and recent Berlin transplant--spent the last few years in Brooklyn, NY. Nonetheless, like happy accidents, creativity is born out of chance meetings, even in Windsor.

Their introduction was by a mutual friend (and third member of Run Stop Restore)--now the Berlin-based Magda. Even with the help of technology, living in different cities meant their work took time to come into shape and form. Houle, the analog mastermind, delivered dozens of tracks to Pierce, who then edited, chopped, enhanced, and boiled them down to a select few, putting a more current flair on the production. That’s when things really started to gel. Musically speaking it’s the past more so than the present that has influenced them. Kraftwerk, Human League, Berlin, Bauhaus, and some Baby Ford--it’s in there.

Pierce was part of the Midwest techno scene in the early 1990s and was heavily influenced by Detroit and the legendary Plus 8 events. After moving to New York he started to DJ around town and became an early user of Final Scratch. Pierce started making his own loops, edits and tracks for his sets at clubs like Open Air (for Magda’s Gel and Weave parties), Filter 14, 59 Canal, & 2003’s Micromini events.

The way the record really came together is no doubt based around Richie Hawtin’s chain of “Twilight Zone” after-hours during the summer of 2003 with the RSR tracks weighing in as favorites. Now some of Hawtin’s biggest tracks from the Cocoon Closing Party 2003 are all here on one piece of vinyl.